6 costly mistakes most hydraulics users make and how you can avoid them!

You are here:
News 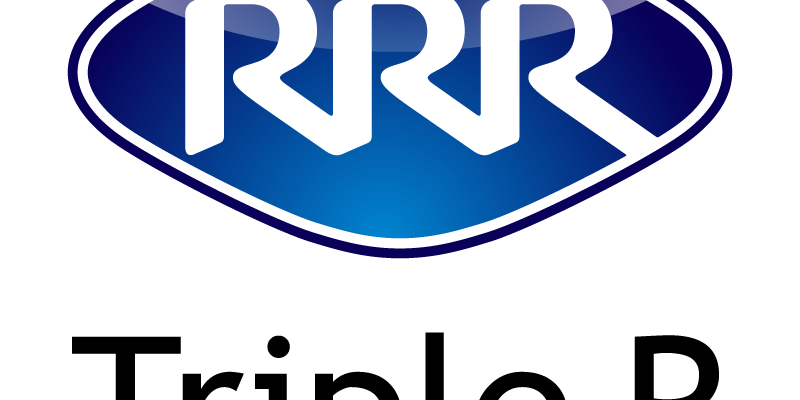 Brendan Casey has written over 100 maintenance-related articles for Machinery Lubrication magazine, Hydraulics & Pneumatics magazine and the Fluid Power Journal. He presented technical papers and workshops at international conferences such as Lubrication Excellence, National Conference on Fluid Power and Reliability World.

Brendan spent 25 years working in and running hydraulic repair shops. In other words, rebuilding hydraulic components. During this time he kept seeing the same pattern repeat itself over and over:
1. Failed hydraulic component comes into shop along with concerned owner who wants to know why it has failed after only a short time in service.
2. Based on what he saw after tear-down, he would explain the cause of failure – and how it could have been prevented.
3. Customer leaves thousands of dollars poorer with repaired component and a hard- learned lesson on hydraulic equipment maintenance.

Based on his extensive experience and knowledge base, Brendan is giving valuable advise. The information contained in this report could save you, or the business you work for, a LOT of money!

Mistake 1 – Changing the oil.
There are only two conditions that necessitate a hydraulic oil change. They are:
1. Degradation of the base oil
2. Depletion of the additive package.
Because there are so many variables that determine the rate at which oil degrades and additives get used up, changing hydraulic oil on “hours in service” – without any reference to the actual condition of the oil – is like shooting in the dark.

Given the current high price of oil, dumping oil which doesn’t need to be changed is the last thing you want to do. The larger the reservoir the more expensive this mistake. On the other hand, if you continue to operate with the base oil degraded or additives depleted, you compromise the service life of every other component in the hydraulic system. And that’s the last thing you want. That’s why the only way to know when the oil does need to be changed is through oil analysis.

And very important: contamination by particles or water doesn’t mandate an oil change either. Both these contaminants can usually be economically removed using offline and bypass filtration.

So to avoid mistake 1, don’t change hydraulic oil on hours in service.
1. Always keep your oil as clean as possible. Apply bypass filtration to be sure that your oil is totally cleaned. Removing solids, but also varnish, sludge and water contamination.
2. Change the oil only when its additives are used up or the base oil is shot.
3. The only way to know when this point is reached is to do regular oil analysis.

Mistake 2 – Changing the filters.
A similar situation applies to hydraulic filters. If you change them on hours, you’re either changing them too early or too late.
If you change them early – before all their dirt holding capacity is used up, you’re wasting money on unnecessary filter changes.
If you change them late – after the filter is blocked or has gone on bypass, the increase in particles in the oil quietly reduces the service life of every component in the hydraulic system – costing a lot more in the long run.

The solution is to change your filters just before when all their dirt-holding capacity is used up and before the bypass valve opens. In principal latest at 80% of the maximum dirt holding capacity. Once a filter is blocked, it’s too late, because at the point that filter is NOT FILTERING anymore. This requires a mechanism to monitor the restriction to flow (pressure drop) across the filter element and alert you when this point is reached. A clogging indicator is the crudest form of this device – and continuous monitoring of pressure drop across the filter using a differential pressure gauge is the better solution.

So to avoid mistake 2, don’t change hydraulic filters on “hours in service”.
Change the filters latest when all the dirt holding capacity is at ~80%, definitely BEFORE they go on bypass. Monitor this point by checking the (differential) pressure gauges on a regular basis.

Mistake 3 – Running too hot.
There are not too many equipment owners or operators out there who would continue to operate an engine that was overheating. Unfortunately, the same can’t be said when the hydraulic system gets too hot. But like an engine, the fastest way to destroy hydraulic components, seals, hoses and the oil itself is high-temperature operation.

A vane pump requires a higher minimum viscosity than a piston pump, for example. This is why the type of hydraulic components used also influences the system’s safe maximum operating temperature. If your hydraulic system contains a vane pump, the minimum viscosity you should be looking to maintain is 25 centistokes (cSt or mm2/s). For mineral oils with a viscosity index of around 100, this equates to a maximum allowable operating temperature of 35°C if you’re using ISO VG22 oil or 65°C for ISO VG68.

Apart from the lubrication issue – the importance of which can’t be overstated – operating temperatures above 82°C damage most seal and hose compounds and accelerate degradation of the oil. But for the reasons explained above, a hydraulic system can be running too hot well below this temperature.

So to avoid mistake 3, do the little exercise at the end of mistake #4, below. And never let your hydraulic equipment operate above 82°C or the temperature at which viscosity falls to 10 cSt, whichever is the lower of the two.

Mistake 4 – Using the wrong oil.
The oil is THE most important component of any hydraulic system.
Not only is hydraulic oil a lubricant, it’s also the means by which power is transferred throughout the hydraulic system. It’s this dual role which makes viscosity the most important property of the oil – because it affects both machine performance and service life.

Expanding on what I said about Mistake #3 – Running too hot, the viscosity of the oil largely determines the maximum and minimum oil temperatures within which the hydraulic system can safely operate. This is sometimes referred to as the temperature operating window (TOW).

So using the wrong viscosity oil not only results in lubrication damage and premature failure of major components – it also increases power consumption (diesel or electricity) – two things you don’t want.

So to avoid mistake 4 (and 3), you must define the temperature operating window for the viscosity grade and the viscosity index of the hydraulic oil you’re currently using. And then make sure your machine operates within it at all times!

Mistake 5 – Wrong filter locations.
Any filter is a good filter, right? Wrong! There are two hydraulic filter locations that do more harm than good, and can rapidly destroy the very components they were installed to protect.

These to-be-avoided filter locations are
1. the pump inlet
2. the piston pump and motor case drain lines.

If getting maximum pump life is the primary concern, then it’s far more important for the oil to freely and completely fill the pumping chambers during every intake.

Research has shown that a restricted intake can reduce the service life of a gear pump by 56%. And it’s worse for vane and piston pumps because these designs are less able to withstand the vacuum-induced forces caused by a restricted intake.

Hydraulic pumps are NOT designed to ‘suck’.

A different set of problems arise from filters installed on the drain lines of piston pumps and motors – but the result is the same as suction strainers – they can reduce service life and cause catastrophic failures in these expensive components.

If you’re still not convinced or are nervous about discarding a filter the machine manufacturer thought was wise to install in the first place, ask the pump or motor manufacturer.

So to avoid mistake 5, check each of your hydraulic machines and if there’s a suction strainer on the pump inlet, or a depth filter on any piston pump or motor case drain line, remove and discard them – or at the very least, get a second opinion from the pump or machine manufacturer.

Mistake 6 – Believing hydraulic components are self-priming and self-lubricating.
You wouldn’t start an engine with no oil in the sump – not knowingly anyway. And yet I’ve seen what amounts to the same thing happen to a LOT of pricey hydraulic components.

Fact is, if the right steps aren’t followed during initial start-up, hydraulic components can be seriously damaged. In some case they may work OK for a while, but the harm done at start-up dooms them to premature failure.

You’d be amazed at the number of these types of failures which wrongly end up as warranty claims by hydraulic equipment owners. And it’s frustrating for everyone concerned – because they’re totally preventable.

This sort of mistake is easily prevented by using a start-up procedure and check list. So even after 25+ years working on hydraulic equipment, I would never attempt to commission or re-commission a hydraulic system, without having a piece of paper to remind me of what I need to do and the order I need to do it in. This simple technique eliminates all possibility of error.

So to avoid the consequences of mistake #6, never attempt to re-start a hydraulic machine after changing components without a written checklist which tells you exactly what to do, and the order in which to do it in. And to be effective, it must be machine specific. The pre-flight check list for a Boeing 767 is no use at all to a pilot flying an Airbus A380!

This can be a fatal mistake. After all, if the machine manufacturer always knew best, and assuming you’re following the machine’s manual to the letter, you wouldn’t be making any of the above mistakes, would you?

Mistake 8 – Not getting an education in hydraulics.

As I hope this report has shown, if you own, operate, repair or maintain hydraulic equipment, and you aren’t ‘clued up’ on hydraulics, a lot of money can slip through your fingers – yours or somebody else’s.

Impact of Sludge on Hydraulic and Lubricating Systems
14 August 2020

Subscribe to our newsletter below and never miss the latest product update or an exclusive offer.